What is an Exhaust Clamp?

There are multiple types of clamps:

A band clamp is considered to be the most useful type of exhaust clamp. It can be either a flat metal strap or ring-shaped. In terms of usability and sizes, the band clamp offers the most versatility among all other types.

There are usually two types: Aluminum and Stainless Steel 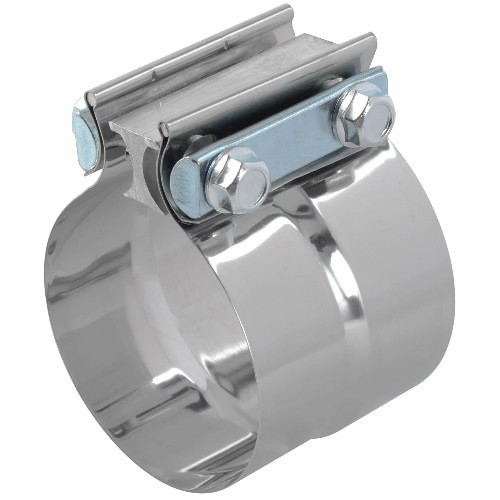 You can adjust this clamp to various sizes of pipes. One of the drawbacks of this clamp is, you will be troubled when you will try to pull apart the exhaust parts later. 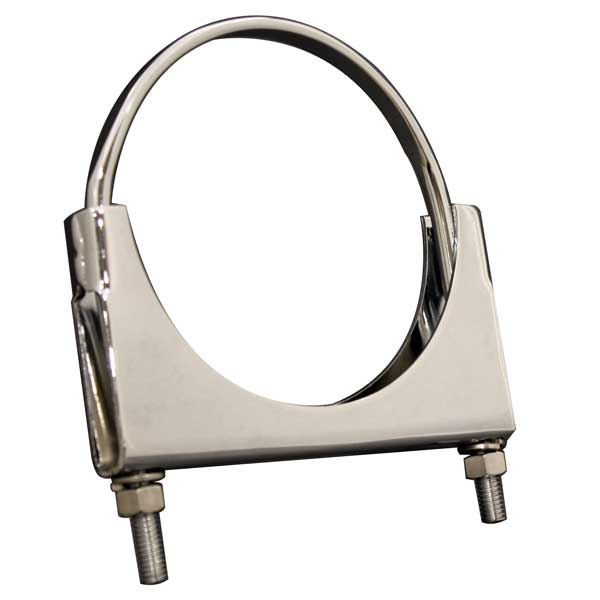 A V-band clamp is the most expensive type of clamp and mostly used by the high-end car owners for their turbo exhaust systems. That’s why it is also called a ‘turbo clamp.’

This type of clamp consists of two interlocking rings that you will weld to the pipe. Then the outer ring is put on those two rings to let them stay together and make an excellent leak-free seal.  You can join a lot of pipes together using Marmon Flares and Marmon Flanges with a V-Band Clamp. 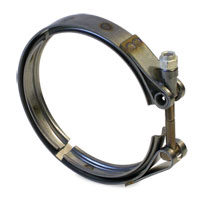 A T-Bolt clamp is the type of clamp that is used for Air-Intake applications. It can also be called a T-Bar clamp.

It is a lightweight clamp that comes slightly larger than the size that its advertised as, so it can slip over the Rubber Hoses to secure the Air Intake Pipe to the Hoses. 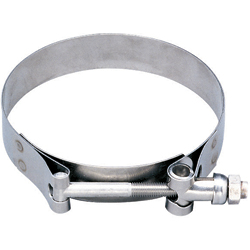